In 1966, a driven young climber tired of scavenging for quality gear from mail order and army surplus, took a few thousand dollars and created a global cultural institution. Doug Tomkins had a simple mission: equip people with practical gear to fit their needs and reduce over-equipping. Since our Ruthsack revolutionized the backpack in 1969, our founder’s words and athlete feedback have kept us on the leading edge of outdoor apparel design. Check out the innovations that have been developed over the years.

In 1966, a driven young climber tired of scavenging for quality gear from mail order and army surplus, took a few thousand dollars and created a global cultural institution. Doug Tomkins had a simple mission: equip people with practical gear to fit their needs and reduce over-equipping. Since our Ruthsack revolutionized the backpack in 1969, our founder’s words and athlete feedback have kept us on the leading edge of outdoor apparel design. Check out the innovations that have been developed over the years.

The North Face retail store at 308 Columbus Avenue in San Francisco’s bohemian North Beach neighborhood was a tiny space between blue-collar bars and Beat hangouts, but the grand opening signaled a grand future. On October 26, 1966 Doug Tompkins’ vision came to life in electric fashion as the Grateful Dead played live, Joan Baez socialized and the Hells Angels worked the door. The ascent began. 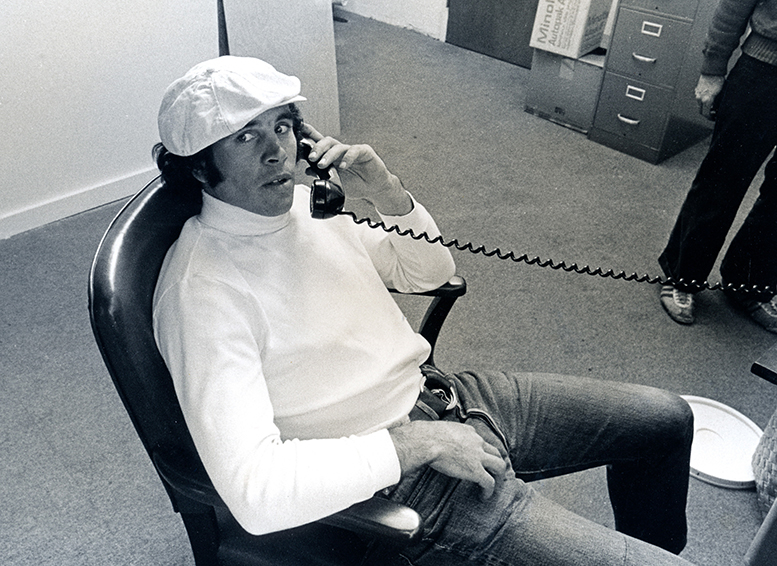 Tompkins produced a 1966 mail-order catalog and wrote a personal introduction to the brand and its ethos. The language would become gospel for those who came after, providing an ethical roadmap that continues 50 years later. 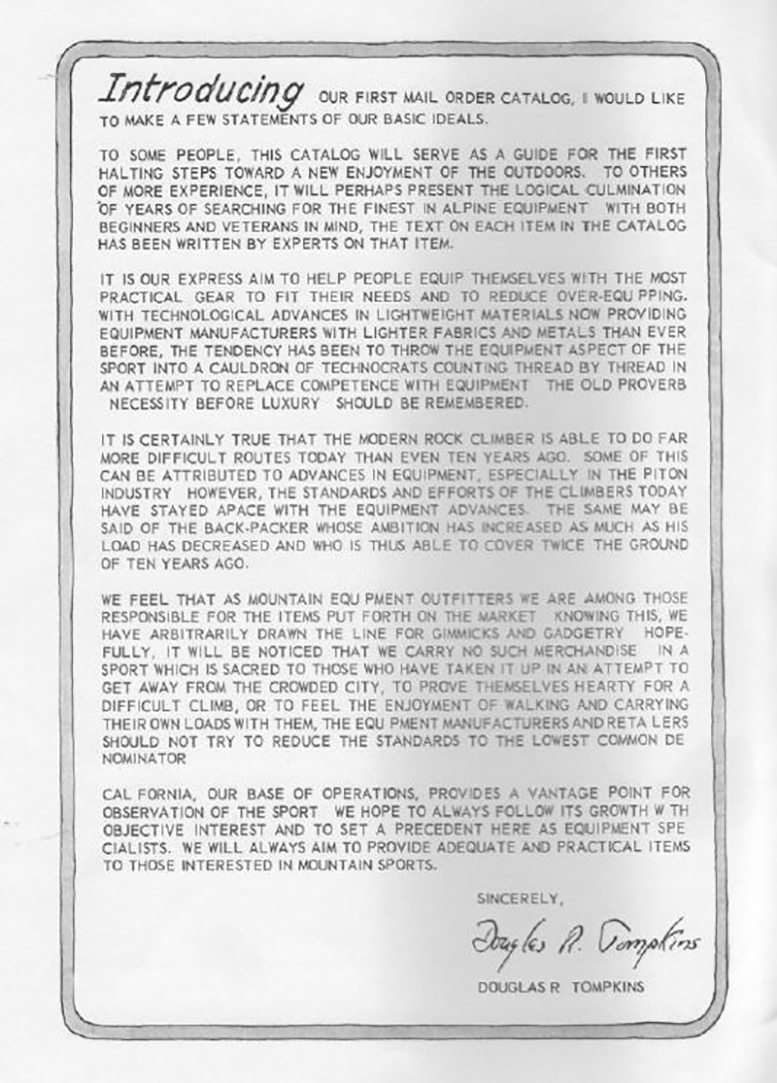 THE BEGINNING OF PRODUCT INNOVATION

"Backpacking” is born: The North Face creates their first breakthrough piece, the Ruthsack. One of the first internal frame packs ever designed, this lightweight pack completely revolutionized “backpacking.” Before this, hikers and climbers were limited to bulky external frame packs with added weight and less function. 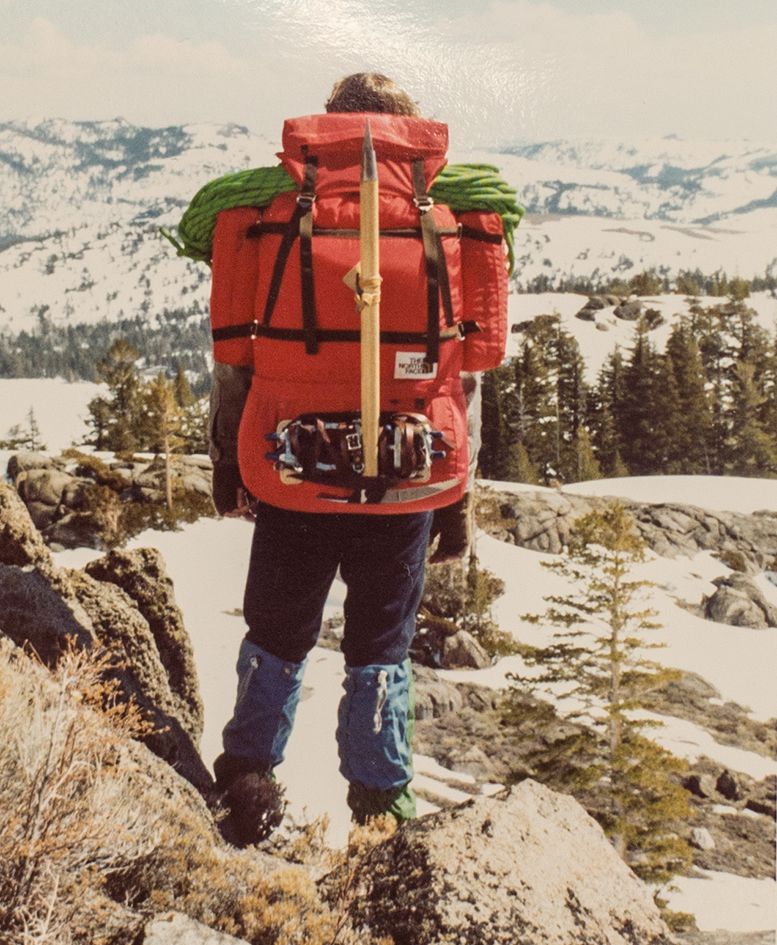 The Oval InTENTion is introduced, revolutionizing the A-shaped tent. Inspired by noted architect and inventor R. Buckminster “Bucky” Fuller’s theory of sphericity, the tent was the first of its kind, incorporating maximum efficiency with minimum materials. 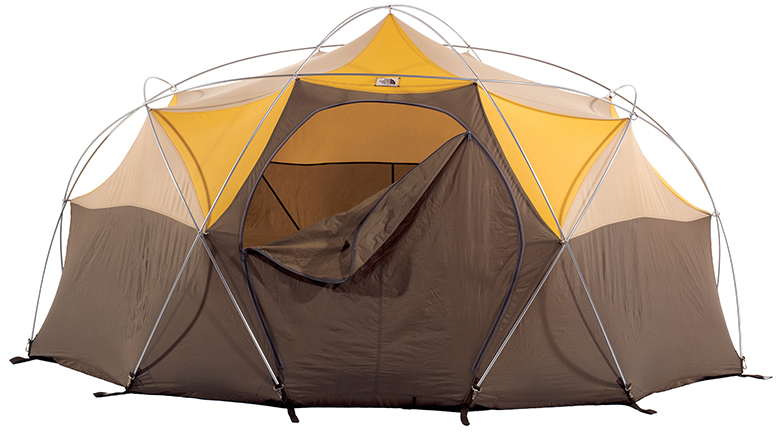 Traditional A-frame tent design had served generations of campers, but for more adventuresome hikers and climbers, A-frames were challenging in high winds and heavy precipitation. Plus, with their heavy poles and lines, their weight was burdensome on anyone going a longer distance.

In 1975, after partnering with Easton Aluminum, The North Face created lightweight collapsible poles using flexible arrow shafts. Combined with lighter ripstop nylon, the Oval InTENTion was a fraction of the weight of most previous tents. But the most striking thing about the Oval was its shape. Inspired by noted architect and inventor Buckminster Fuller and his geodesic dome designs, Erickson’s revolutionary tent was the first of its kind, providing hikers with a lightweight, roomy, aerodynamic shelter unlike anything available. 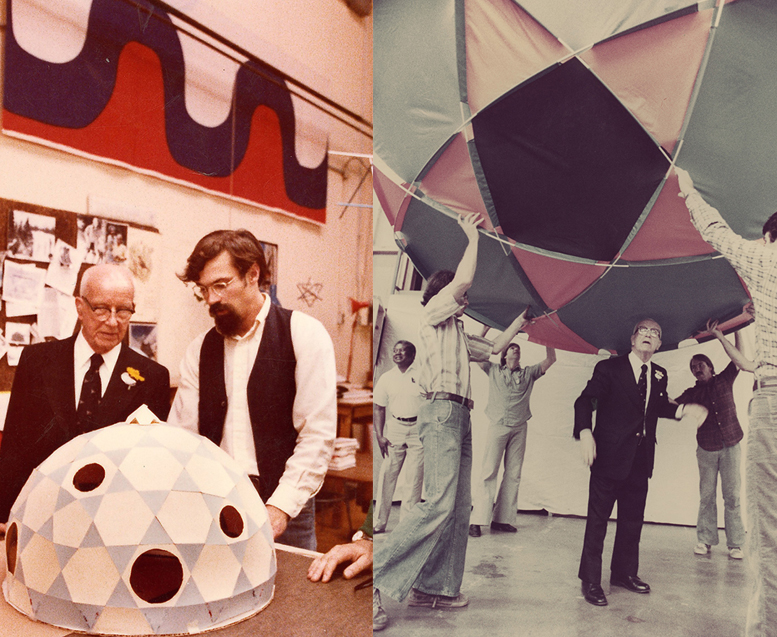 The Mountain Jacket and Pant are introduced, providing the same level of comfort and motion to climbers and trekkers as their skiing brethren. With GORE-TEX® in each piece, the suit is the genesis of an entire expedition apparel line based on GORE-TEX® weather protection. 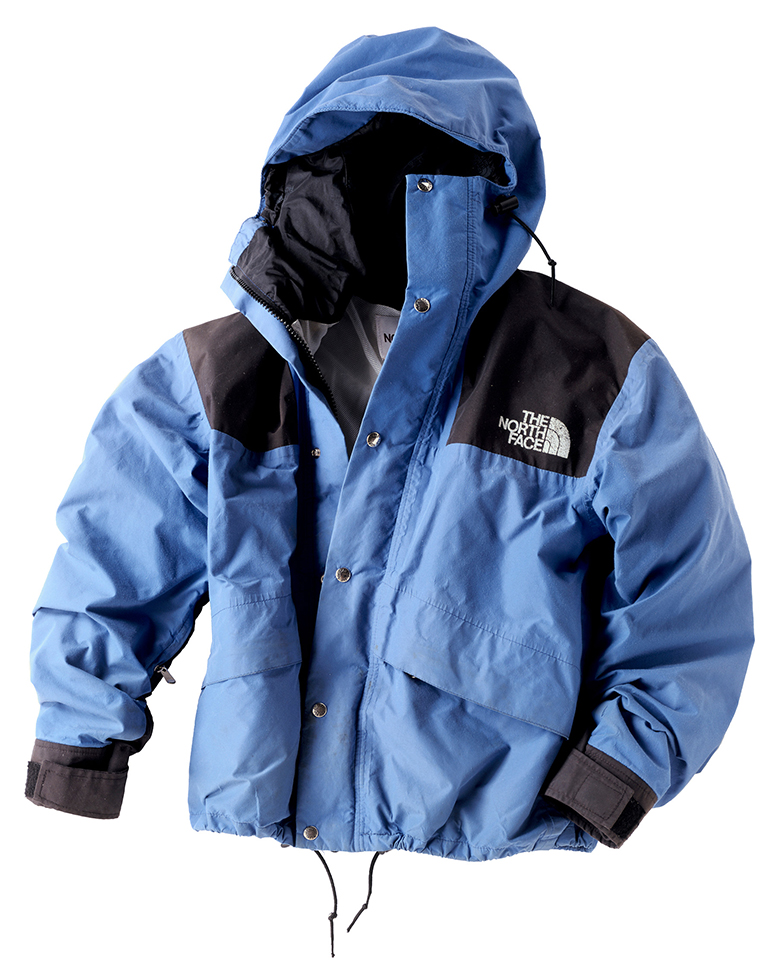 Made of bulletproof fabrics, thousands of these gear totes go on to circumnavigate the globe, survive the world’s roughest airport baggage handlers and be carried by porters, yaks and camels to every region on Earth. 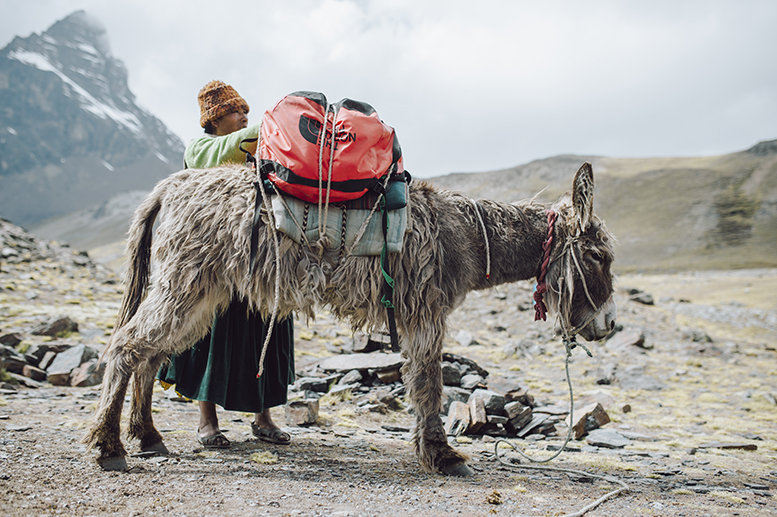 The Denali jacket was added in 1989; a zip-in fleece compatible with the Mountain Jacket, the Denali instantly became an iconic hit and remains a popular mainstay of the line to this day. 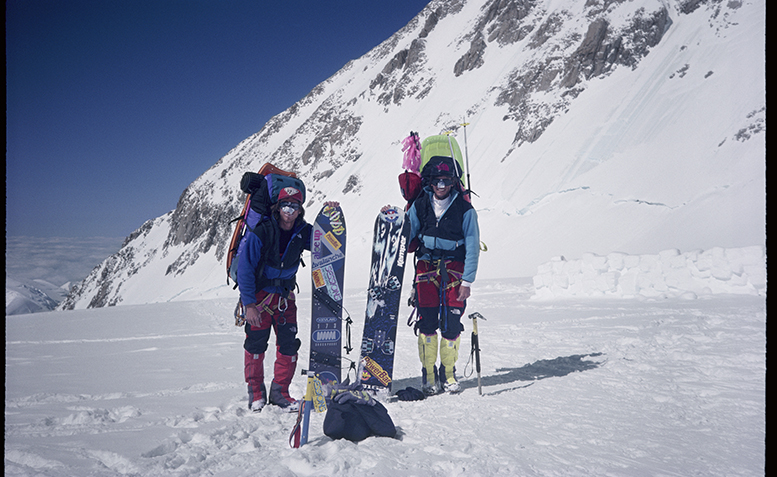 The first-ever athlete-inspired ski clothing line takes lift lines and rope lines by storm. Described as “the motocross garment of the mountains, designed for those who live, work and climb in the mountains,” Steep Tech is the culmination of hundreds of hours of innovation and discussion between Scot Schmidt (pictured below) and The North Face design team. 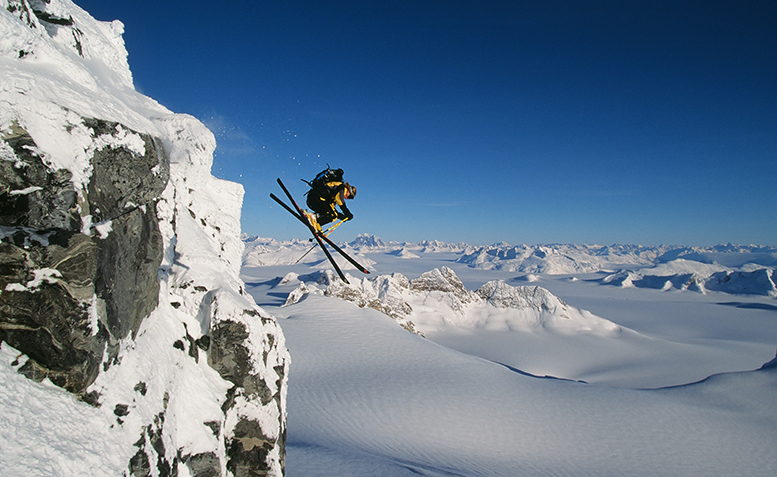 Tibetan for “west peak,” Nuptse lies a mile southwest of Mt. Everest and is considered the western peak of this climbing gold mine. Incorporating an innovative construction that decreases down shifting and increases warmth, the Nuptse Jacket instantly becomes the iconic puffy jacket that thrives in cold weather conditions. 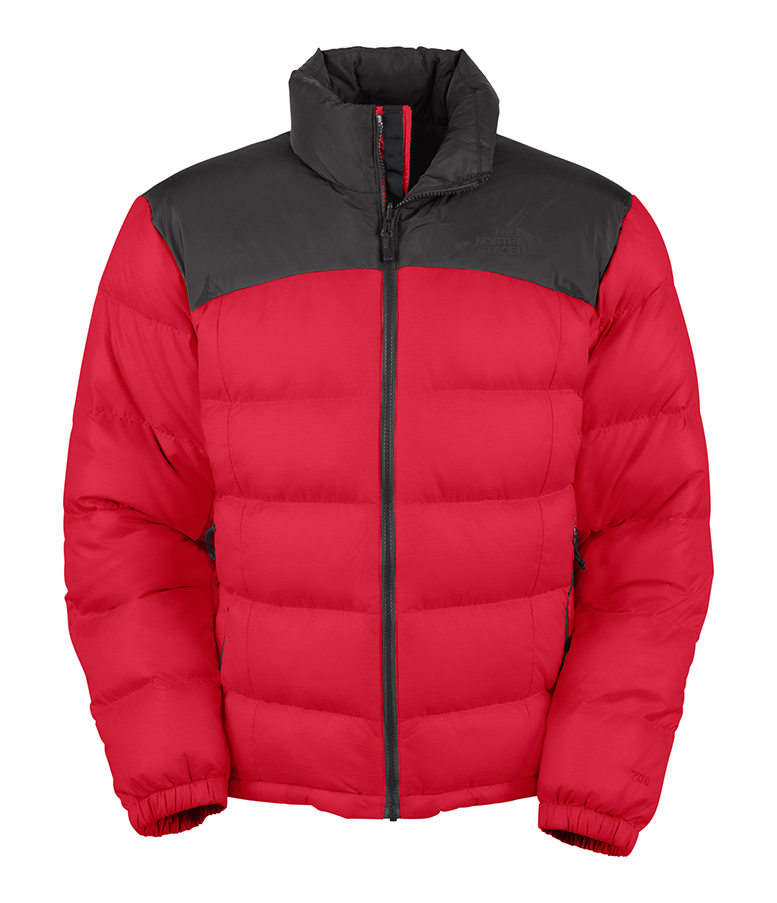 This fully baffled down garment for high-altitude climbing and cold-weather survival, the Himalayan Suit, becomes the gold standard in the world of thin-oxygen and polar environments. It goes on to take hundreds of explorers to the highest and most frozen paths on Earth. 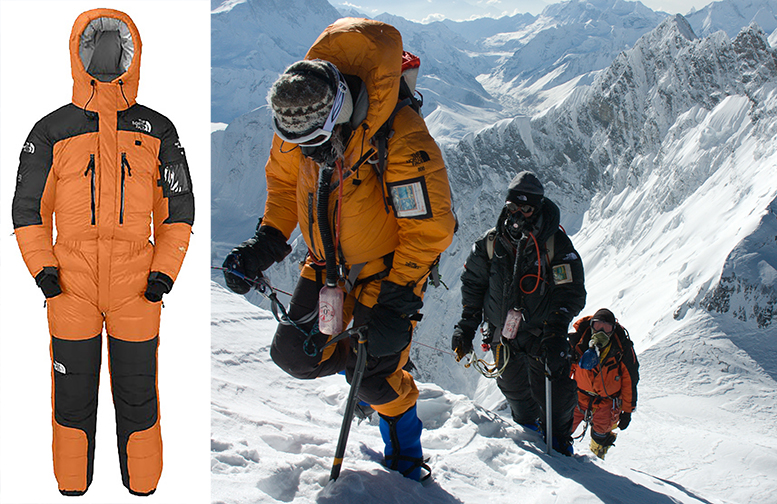 The North Face continued to showcase a design process driven by athletes and exploration with the 2013 release of ThermoBall insulation. Developed over years of testing, including two trips to Meru and Everest, ThermoBall is a synthetic insulation that closely mimics down clusters. It is now used extensively throughout the line as an alternative to down insulation, that performs even when wet. 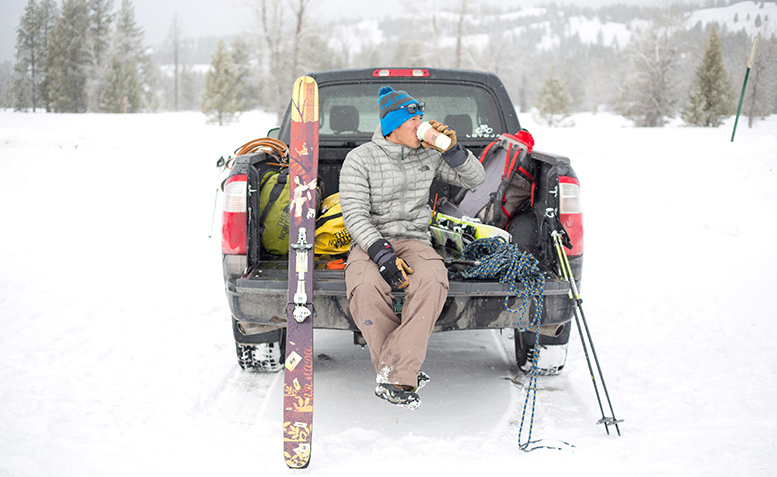 The Summit Series™ collection is unveiled, reimagined with cutting-edge innovation and purposeful design. Built by, and specifically for, the core mountaineering and climbing community, the six-layer-collection infuses cutting-edge technologies like FuseForm and ThermoBall™. 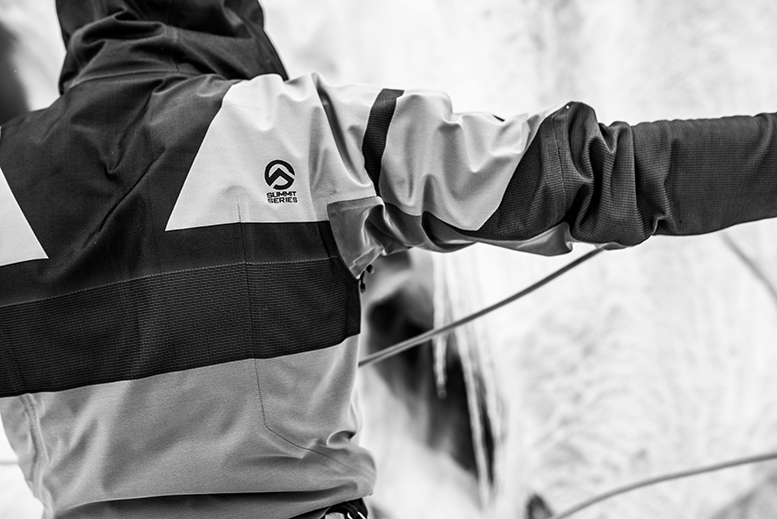 As we celebrate our 50th anniversary, we'll be taking a look back at our products, our expeditions and our initiatives that have shaped us as a brand. Check out how we'll be celebrating in Sydney at bit.ly/TheNorthFace50Years. Keep up to date with all the happenings on our Facebook page and Instagram.